As chiropractic professionals serving Greer and the surrounding areas for 30 years, we are committed to providing everyone the best in care we can offer. We are committed to serving everyone with honesty, integrity, and respect. Our mission to educate and adjust as many families as possible toward optimal health through chiropractic care. If you choose us, we commit we will partner with you to help you reach your health goals using the best we have to offer.

Chiropractic is a powerful tool to help release the body’s own ability to heal. We are honored when you and all our patients trust us to deliver your chiropractic care. We often say that the power that made the body, heals the body. Chiropractic allows that healing power to be expressed in a fuller potential when free of nerve interference.

Respect, honesty, integrity, and our best chiropractic care! That is our commitment to you!

Experienced. Trusted. Compassionate. Chiropractic care focused on you and your health goals. 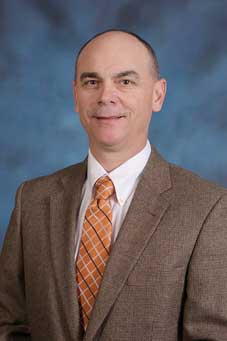 Dr. Chris Ehlich is a second-generation Chiropractor from Greer SC, graduating from Sherman College of Straight Chiropractic in 1989. Establishing his practice in Greer in 1990, he and his wife, Dr. Beth Ehlich, have owned and operated Ehlich Family Chiropractic of Greer for more than 26 years. It has been said that he thrives in the area of his passion which is seeing individuals, families and his community achieve better health through an active lifestyle with chiropractic care. He often tells his patients that “the power that made the body heals the body” and he truly lives by this. Dr. Chris often speaks and lectures on the benefits of chiropractic and an active lifestyle. He values education for his patients, integrity in the process and results for his patients. He has sought out the best ways to care for his patients and community throughout the years of being in practice and providing the very best in chiropractic care to those seeking his services.

He and his wife, Beth, have 3 children. A grown daughter, Caroline, who lives in Washington DC, a son, Hayden, a senior in college, and a son, Will, who is in middle school. 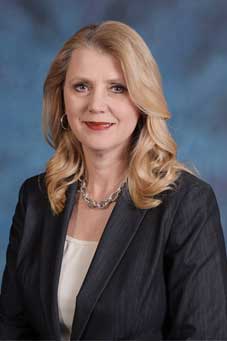 Dr. Beth Ehlich is a 1990 cum laude graduate of Sherman College of Straight Chiropractic. She has worked alongside her husband to help operate Ehlich Family Chiropractic of Greer since 1990. Over the years, she has had the opportunity to serve her profession in many ways as well. She has served in the South Carolina Chiropractic Association. She was also appointed by Governor Mark Sanford to serve on the South Carolina Board of Chiropractic Examiners. In addition, she has served as an examiner to the National Board of Chiropractic Examiners. She, like her husband, values education, integrity, and results. She has worked and seen so many cases where someone experienced improved health that really made a difference in their lives. Dr. Beth says, “Seeing someone get their health back or experience better health is a rewarding part of our lives, and this isn't a rare thing, it happens often and with great results in our office.” She knows firsthand because chiropractic made a difference in her getting her health back. Dr. Beth also spends time learning about the complex world of regulations and is an Assistant Professor at Sherman College of Chiropractic. She is a member of the American Academy of Professional Coders and is a Certified Professional Compliance Officer. She, too, is a lecturer and presenter for continuing education programs.

She and Dr. Chris have three children: Caroline, who lives in Washington DC, Hayden, senior in college and Will is in middle school.

A Word From the Doctors

Dedicated to the Natural Care

Our staff is ready to serve you as you get started with your chiropractic care. We have a great team here at Ehlich Family Chiropractic and we are all looking forward to helping you get to your best health. 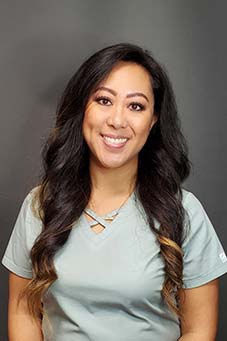 Kristine is our Patient Accounts Coordinator. She has been with our office for 8 years and is responsible for managing our patient accounts. Kristine shares our passion for chiropractic and especially likes to see families under care. She says we have the best patients at our office and she will do all she can to help our patients.

Having been here for eight years I have had the privilege of helping many people get started on a journey to better health. My husband, daughters and I are all under the care and I have seen first-hand how chiropractic has had a huge impact on our lives in bringing more awareness to the choices we make for our health. I've grown such a passion to help Dr. Chris and Dr. Beth pursue their mission to educate as many families as possible toward better health through chiropractic care. It's an honor to be able to work and be a part of the Ehlich Family Chiropractic team. It's rewarding and fulfilling knowing I am here to serve our community and see our patient's health come back to life. Get started with chiropractic! We welcome you and look forward to seeing you through this Chiropractic journey into better health and wellness! --Kristine 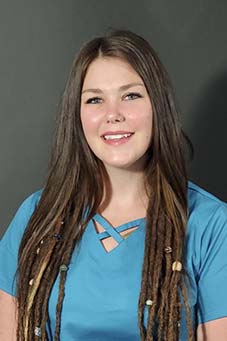 Since becoming a part of the Ehlich Family Chiropractic team it has been so encouraging to see countless patients become better, healthier, and stronger while under chiropractic care. It has been a huge blessing to be a part of such a life-giving team that strives to encourage good health and wellness within the community. My family is also under care here and we have seen a significant improvement in many aspects of our overall well-being. I am grateful for this opportunity and I am excited to learn and grown within the family of Ehlich Family Chiropractic. 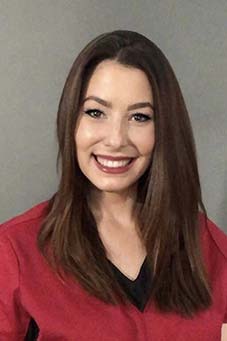 Lara is our Patient Scheduling Coordinator. As the newest member of our team, she can assist with all aspects of scheduling appointments. Lara has learned early on the importance of being under the care and encourages everyone to see what chiropractic care can do for them. Call Lara at 864-848-3912 to schedule your appointment today.

A Word From Our Staff

Schedule Your Appointment
Back to the top